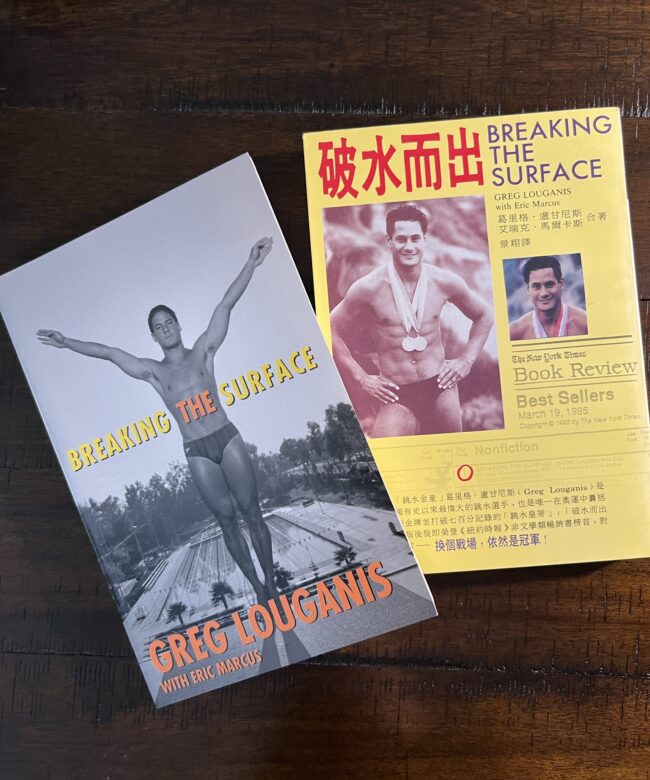 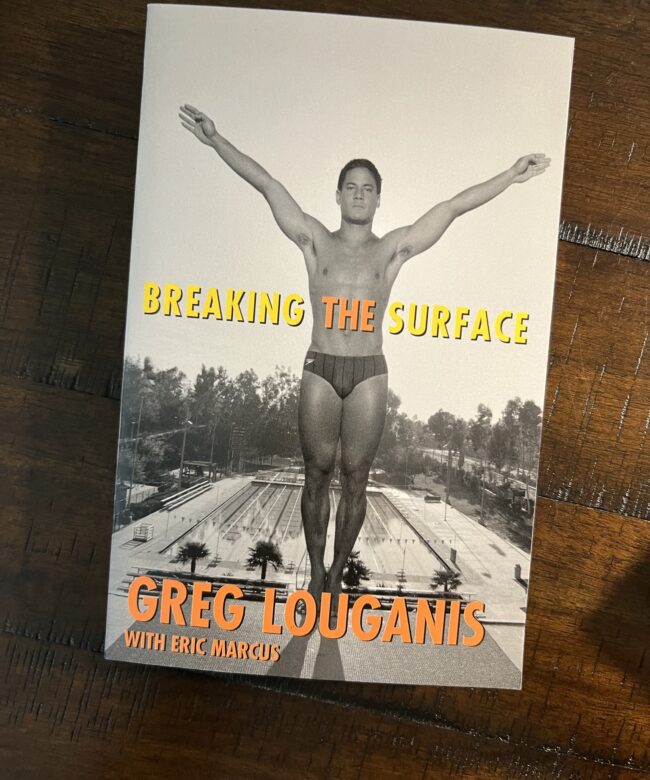 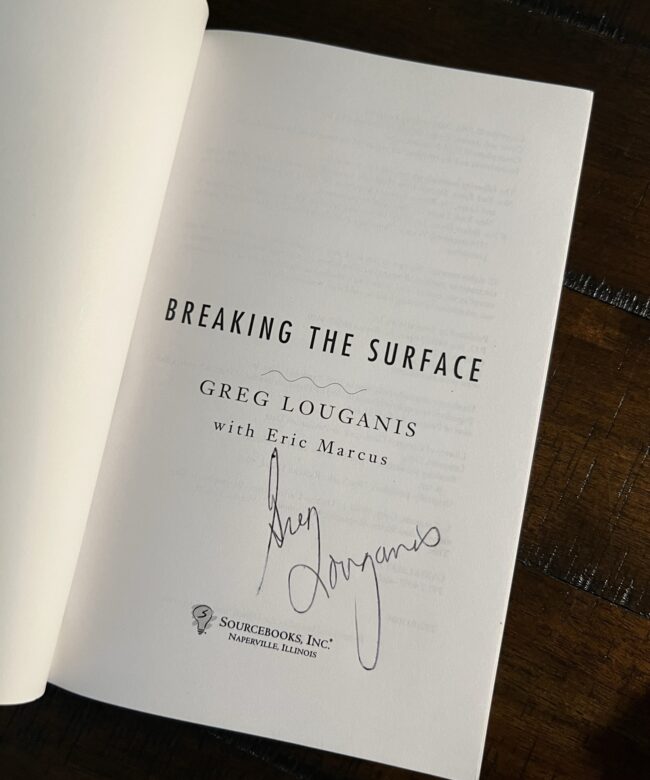 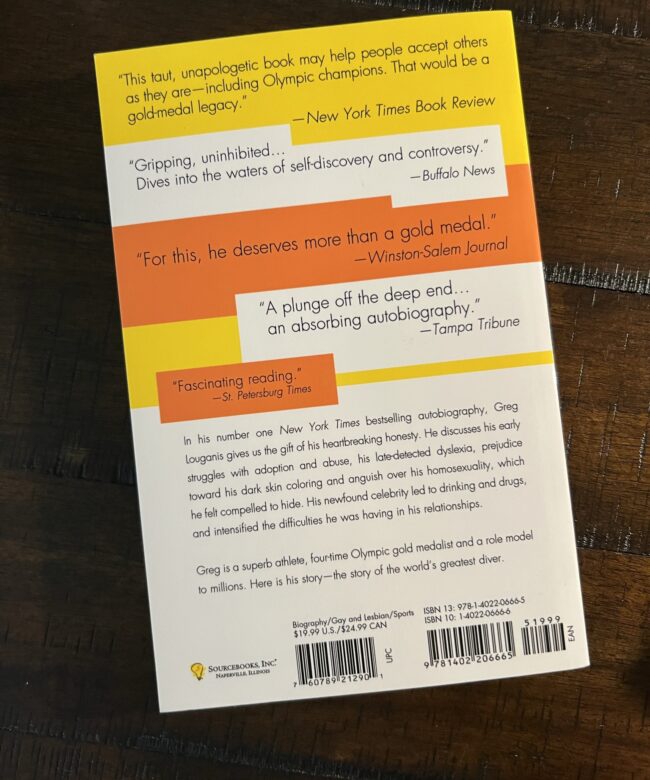 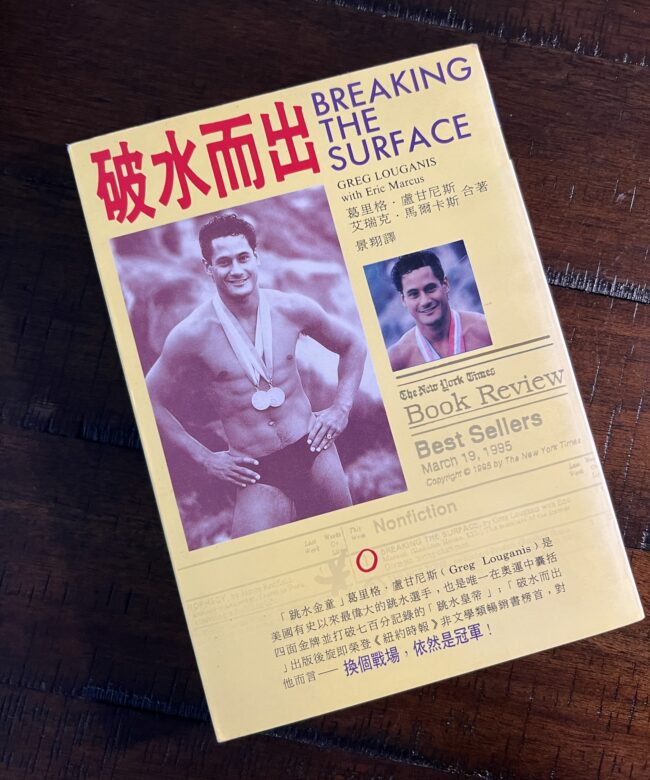 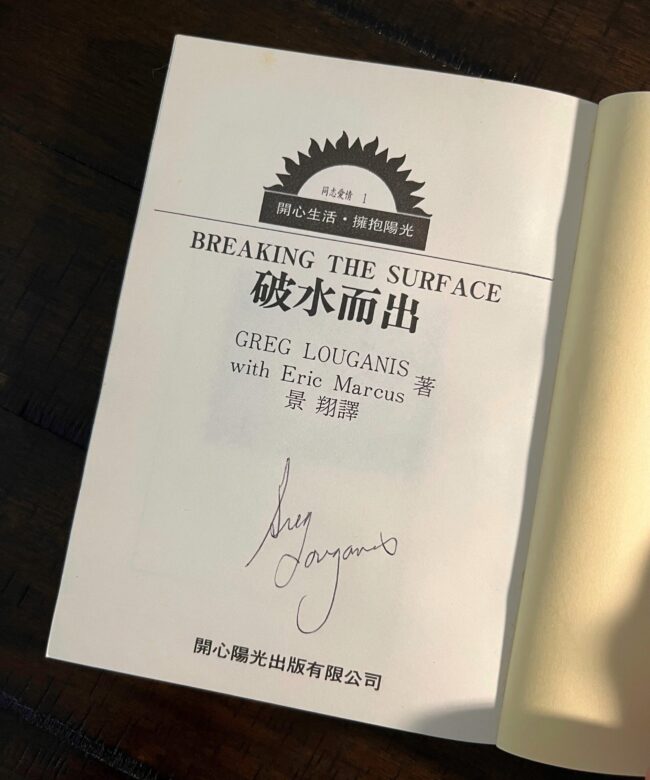 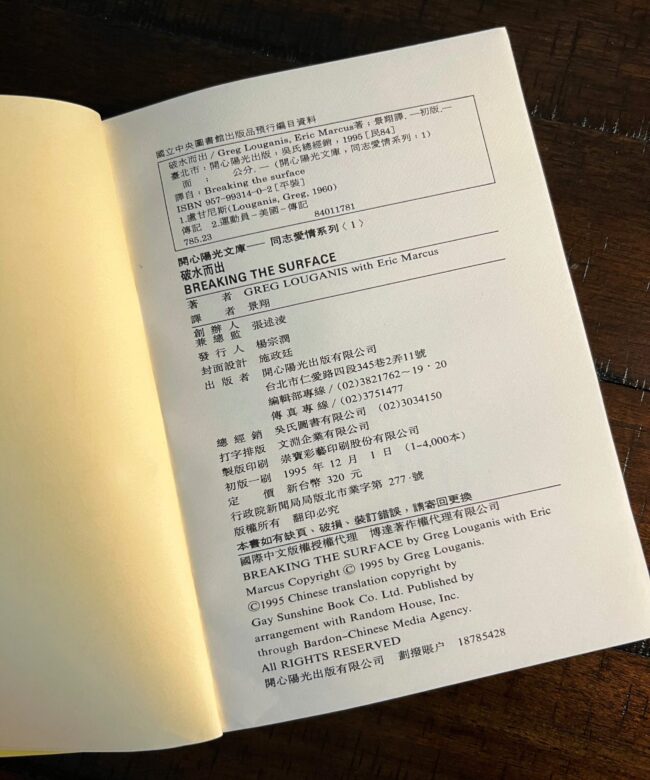 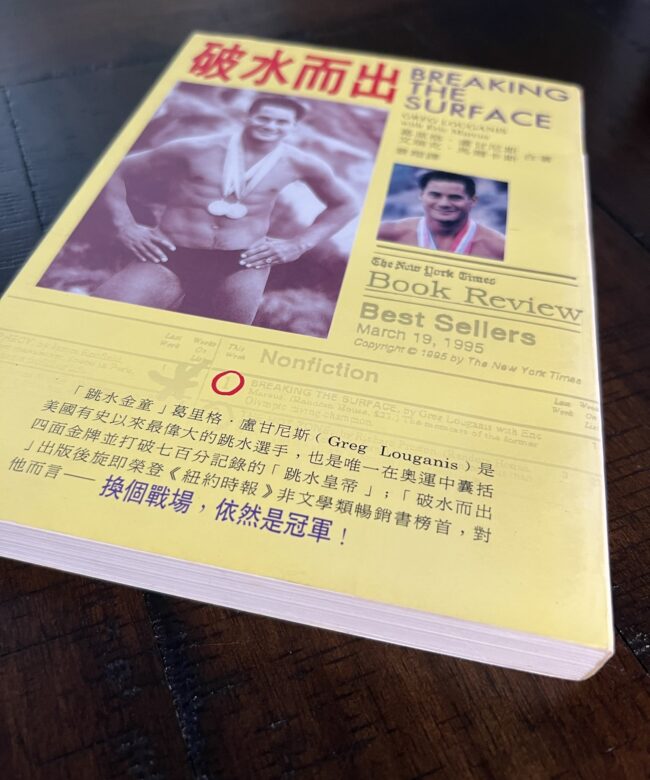 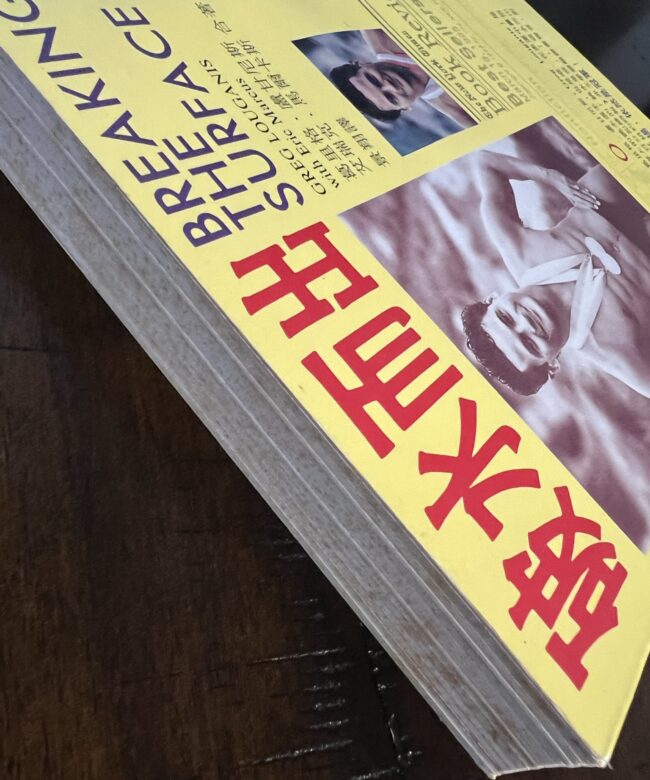 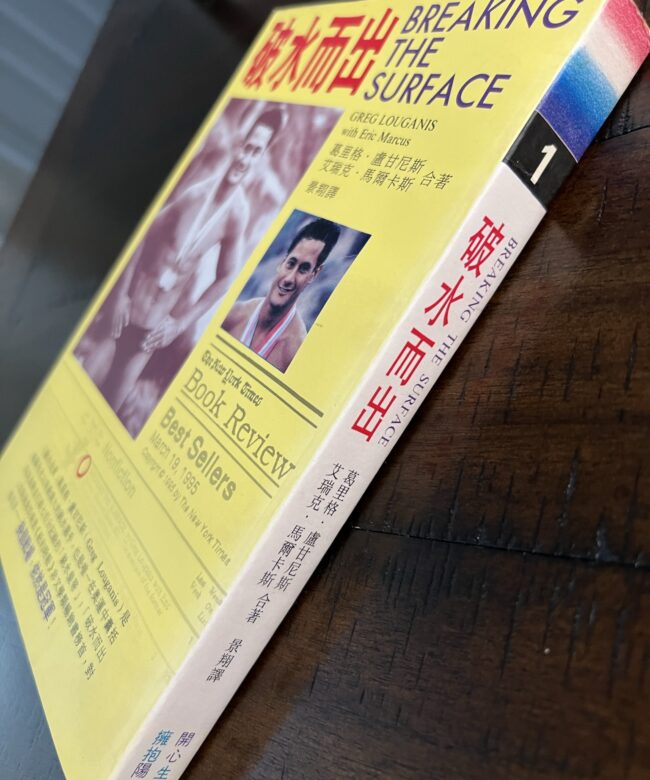 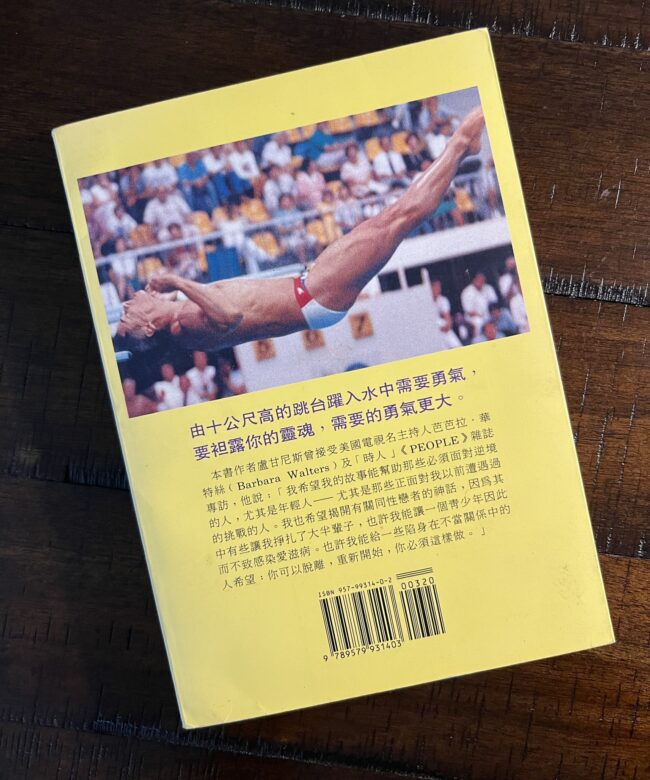 This bundle includes a Like New Paperback Autographed Book in English and an Older Chinese Paperback Version of Breaking The Surface This is Greg’s candid New York Times bestselling memoir about his journey to overcome homophobia, colorism, and disability to become one of the best Olympic athletes in the world.

In his tell-all autobiography Greg invites readers into the harrowing, inspirational true story of his life on and off the diving board. Adopted at nine months, Greg spent most of his life fighting colorism in his community and struggling with late-detected dyslexia. Athleticism was an area in which he thrived—he was in control, he could prove his worth, and he would show the world what he was capable of. But as a closeted gay man living in a violently homophobic world, Greg lived in fear: fear that coming out would mean sacrificing his career and reputation, and fear that by not speaking out he was perpetuating the status-quo. But as his skill as a diver became internationally known, the spotlight he found himself under only intensified his struggles, leading to difficulties with relationships and substance abuse. It took the true spirit of a champion to heal, rise above adversity, and fight for others.

A sports memoir and LGBTQ book, in Breaking the Surface Greg reflects on the highs and lows of his iconic life and career—from testing positive to HIV and going on to win double gold medals at the Olympics, to overcoming astounding prejudice and becoming an LGBTQ+ activist—in a raw, honest exploration of how we define greatness.

Add to wishlist
SKU: BTS-BKBNDL-2 Categories: All Items, Auction, Memorabilia Tag: auction
Product categories
Additional information
For The Auction Winner
At the winner's request, Greg will send a personalized video with details about this item.
Buy Now, Pay Over Time
We offer Affirm financing on items $50+ in our shop and auctions. Please see details on checkout for more information.